Cataracts Are the #1 Treated Eye Condition in North America

Almost everyone will experience some level of cataract development as they age. Cataract surgery is safe and effective, with over 90% of patients returning to 20/20 vision after surgery.

Cataract surgery is the most common surgical procedure performed in North America. Approximately 15% of people over 60 have cataracts; that number swells to almost 70% by age 80.

The surgery itself is fairly routine: the old cloudy lens is removed and an artificial lens (called an intraocular lens, or IOL) is put in its place. This surgery does not require an extended or overnight stay in a hospital.
Are you thinking about having your cataracts removed via surgery? Come see us for an assessment and referral to a qualified eye surgeon.

Every year there are more than three million cataract removal surgeries performed in North America. We can determine if this fast and safe procedure is appropriate for you.

Are you a candidate for cataract surgery?

If you think that it’s time to remove your cataracts, visit us for an in-depth eye exam. During the exam we will assess the condition of your eyes, the development of your cataracts, and determine whether or not you are a candidate for surgery.

Unfortunately not everyone is a candidate for surgery. We will inform you of our findings, and if relevant, provide you with an Ophthalmologist referral.

Information about the surgery

Cataract surgery is fairly “routine”. It is the most common surgical procedure performed in North America today, and it has an incredibly high success rate of over 98%.

Assuming no complications, the surgery itself should take no more than 15 minutes per eye. The procedure and recovery is painless.

The most common variation of the surgery is called phacoemulsification (small-incision surgery), where two small incisions are made where the cornea meets the sclera. A small opening is made, and a phaco probe is inserted into the eye. Sound waves (via ultrasound) are then used to break up the cloudy lens, where it is removed via suction. From there, the IOL is inserted. The incisions are then closed (they generally seal on their own without stitches).

The surgery is generally relatively painless, though some patients report varying levels of temporary discomfort.

What to expect after surgery

Immediately post surgery, the Ophthalmologist will go over what to do in certain situations, how to handle emergency eye care, and what to expect over the next several days and weeks.

The eye that was operated on will be covered for at least 24 hours, and you will be given a protective shield to wear at night for about a week.

You will come back to visit us within 48 hours of the surgery, where we will examine the eye to ensure that everything is looking as it should and that there are no complications or problem areas. You will also come back again a few weeks after surgery to again check on the healing process. 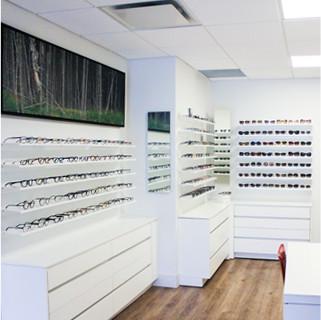 Caring for Our Community

Dr. Abdulla is a strong believer in supporting the communities we live in. He takes a special interest in supporting the arts and fostering resilience and strength in young people. As such, Summerhill Optometry supports our community in a variety of ways, ranging from charitable giving to participating in local events and causes. This year, we are once again participating in the Eye See...Eye Learn program, which provides complimentary eye exams and eye glasses for children kids entering junior kindergarten.
In recent years we have donated to several deserving charitable causes. Learn more about our clinic, community involvement, and Optometrist.
Our clinic is located on Shaftesbury Ave, steps away from the Summerhill subway station. Inexpensive parking is just a few minutes away; parking on the street is free after 11 AM.